"Today, I got to send my kids to school with a lot less worry about germs." 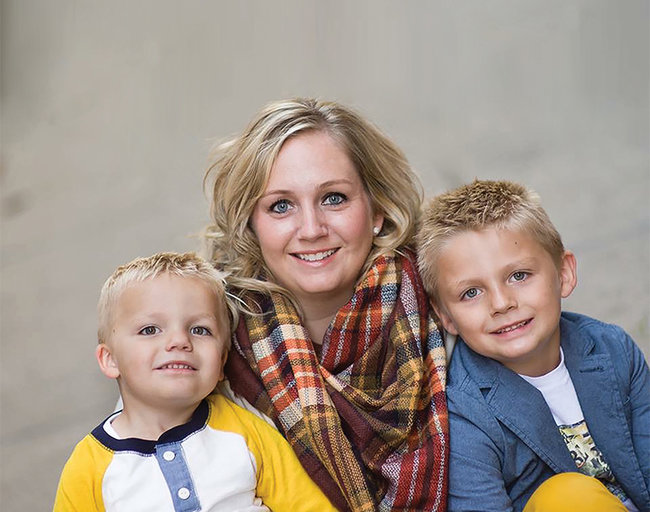 "My name is Erica. I'm a 31 years old single mother of two amazing boys - Jaxon is 7, and Colton is 4. Both of my boys have been diagnosed with X-linked agammaglobulinemia (XLA). Jaxon was diagnosed at 2 ½ years old, and his brother was diagnosed at birth. The first two years of Jaxon's life were pretty rough. He was constantly sick and had ear infections back-to-back, with three surgeries to relieve some of his ear problems. He had many staph infections, with a couple of surgeries to relieve the pain that they cause. He also had many other stays in the hospital for various reasons throughout his life and most of them happened before his diagnosis.

"Fortunately, Colton was much luckier, his hospital stays were not as frequent because he's been getting his infusions since birth. We rely on plasma donations every three weeks and will continue to do so for the rest of their lives. As a mother, sending your kids to school is already a stressful time, but imagine sending a kid with no working immune system….talk about stressful!

"Thanks to plasma protein therapies, I am less worried that they will catch something that will land them in the hospital. The treatments make it possible for them to go on vacation, play at the park, go to public swimming pools, enjoy birthday parties with friends, go out to eat, and everything else another mother wouldn't have to think twice about doing."

Submit your own story!

We want to hear from you! Every person living with a disease that is treatable with plasma protein therapies has a unique story to tell. If you are impacted by one of these diseases, please consider sharing your story. Share your story and a photo in the e-form to show your support of ”How Is Your Day?” We will review your submission and share it on the ”How Is Your Day?” website and via our Facebook and Twitter channels. Together, we can make a difference.
CONTACT US
"How Is Your Day?" uses cookies to ensure that we give you the best experience on our website. If you continue we assume that you consent to receive all cookies on all pages of our website.